Today was the third visit to my feeding site and I was pleased to see some new visitors.

At last I managed to get a photograph of a treecreeper (see below). They are common birds but difficult to predict and they seem never to remain still for even a second which makes them harder to photograph. Also a woodpecker put in an appearance and two squirrels literally hung about for much of the time we were there. I hope to start photographing the squirrels soon. The other visitor today was my good friend and fellow photographer, Margaret Walker, who took a break from her own feeding site for a change of scene. The task we set ourselves was to try and get shots of the crested tit in amongst branches with green pine needles. This proved to be quite tricky as the birds only land for a second or two which gives very little time to focus, but also the bird was usually obscured by twigs, or pine needles, or looking the wrong way. So for every satisfactory shot there were numerous failures. 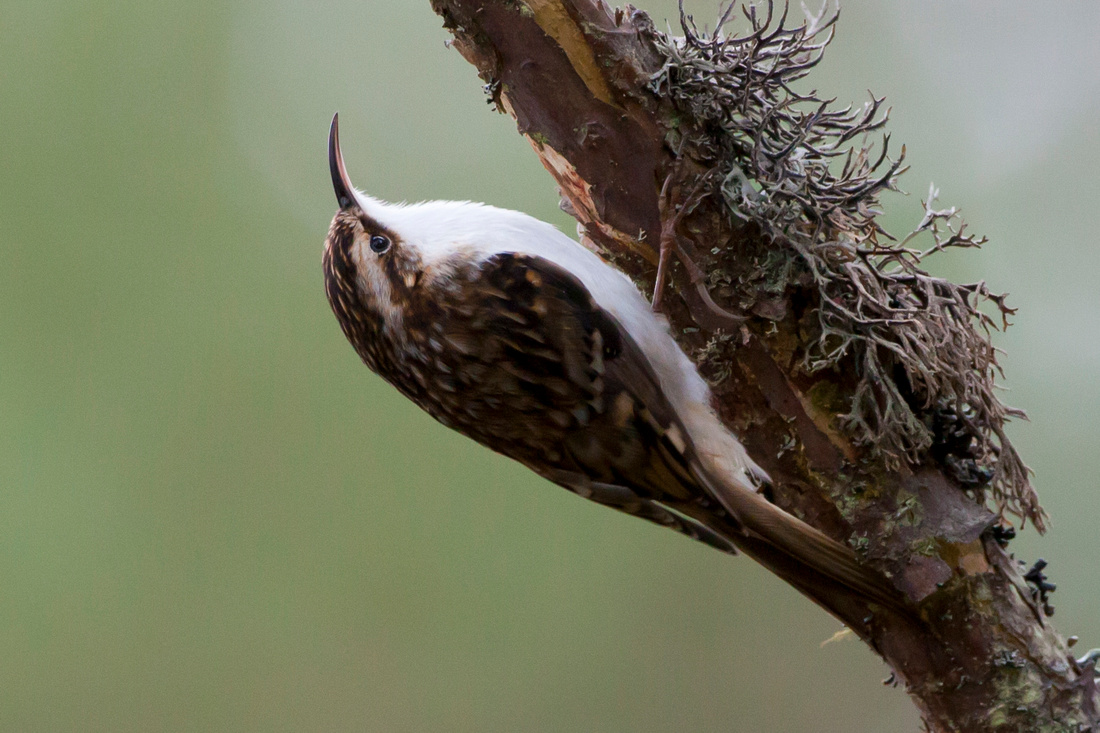 Unfortunately the weather has not been good lately resulting in poor lighting conditions. Although I generally prefer even light to the contrasty light which strong sunlight produces, a little bit more sun would have been welcome. ISO up to 3,200 today was better than the 5,000 I needed yesterday but still meant slower shutter speeds than I would have liked.